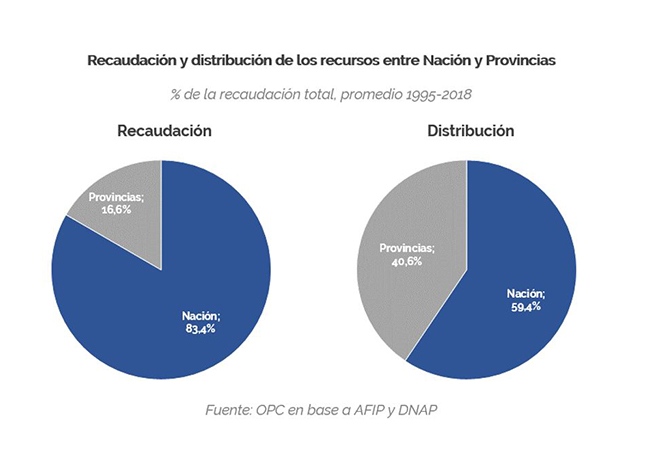 The analysis of the fiscal relations of the Nation and the provinces between 1993 and 2018 reveals a significant increase in provincial own tax resources, as well as in transfers received from the central government: the federal states gained share in the allocation of total tax resources by virtue of agreements between jurisdictions and changes in the tax structure.

Since 2003, there has been a sustained growth in automatic transfers from the national government.