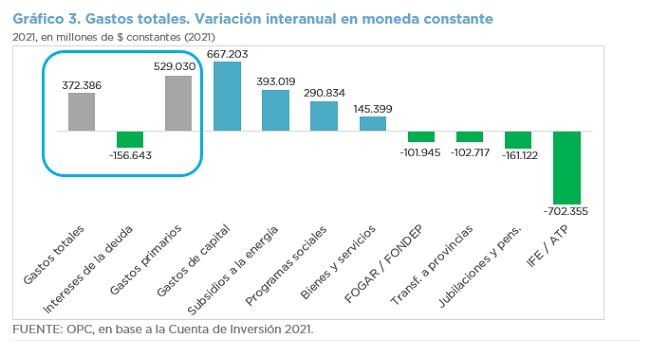 Both the Central Government and Non-Financial Public Sector had a deficit during fiscal year 2021, although with slight improvements with respect to those recorded in 2020.

Excluding the contributions of the Central Bank to the National Treasury, the primary deficit of the National Government reached ARS2,112.859 billion, equivalent to 4.6% of the Gross Domestic Product (GDP). On the other hand, the financial result was negative at ARS2,883.501 billion, 6.2% of GDP.