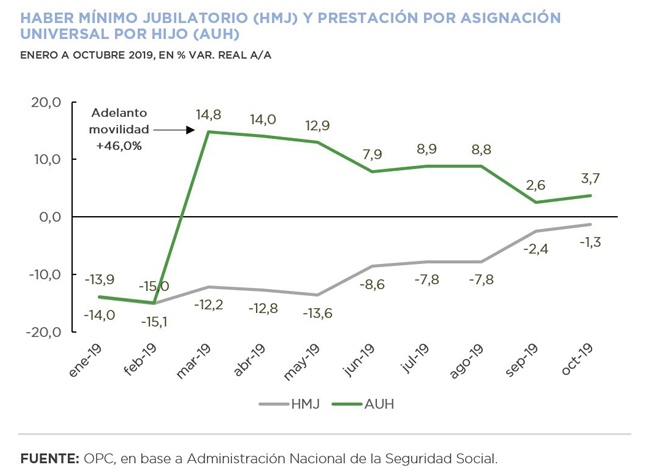 October’s primary balance was in surplus by AR$23.09 billion, improving previous year’s performance. However, considering the payment of interest on the public debt for AR$39.48 billion, the financial balance was in deficit by AR$16.38 billion.

So far this year, that negative balance amounts to AR$340.55 billion and implies an improvement of 51.6% YoY in real terms compared to the same period of 2018.

The item with the highest year-on-year expansion was family allowances, which grew by 26.1% in real terms, mainly due to the increase in the Universal Child Allowance.

In 2019, property income increased its share in total resources, basically due to the resumption of Treasury financing through the transfer of Central Bank profits and the decline in the level of economic activity and the formal labor market as of April 2018, with an impact on tax resources.